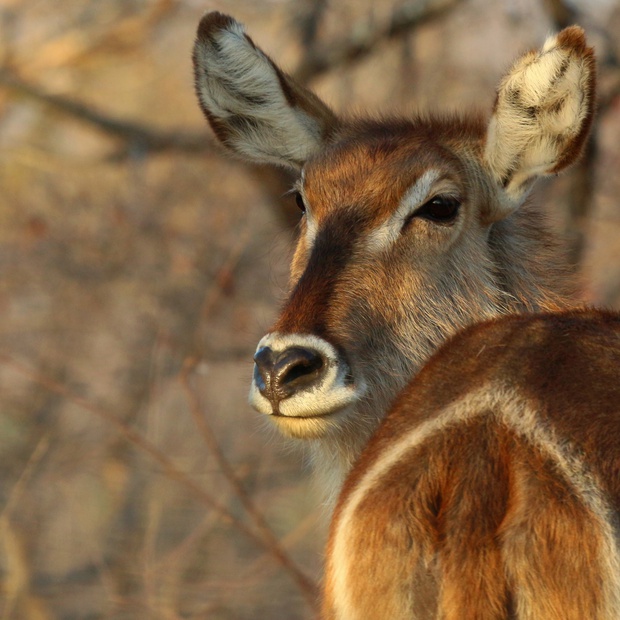 An awesome experience, and one that has brought many highlighted comments to our establishment over the years is the Kruger Park morning walk. We tagged along recently on the experience. It became a story that had to told...

The excursion departed La Kruger Lifestyle Lodge at 04:00 AM with much excitement as to what the morning would present us with. Jitters & small talk filled the air as we were safely transferred by Jan to the Crocodile Bridge Gate. Upon arrival we had a very efficient welcome & set off with our armed guide. 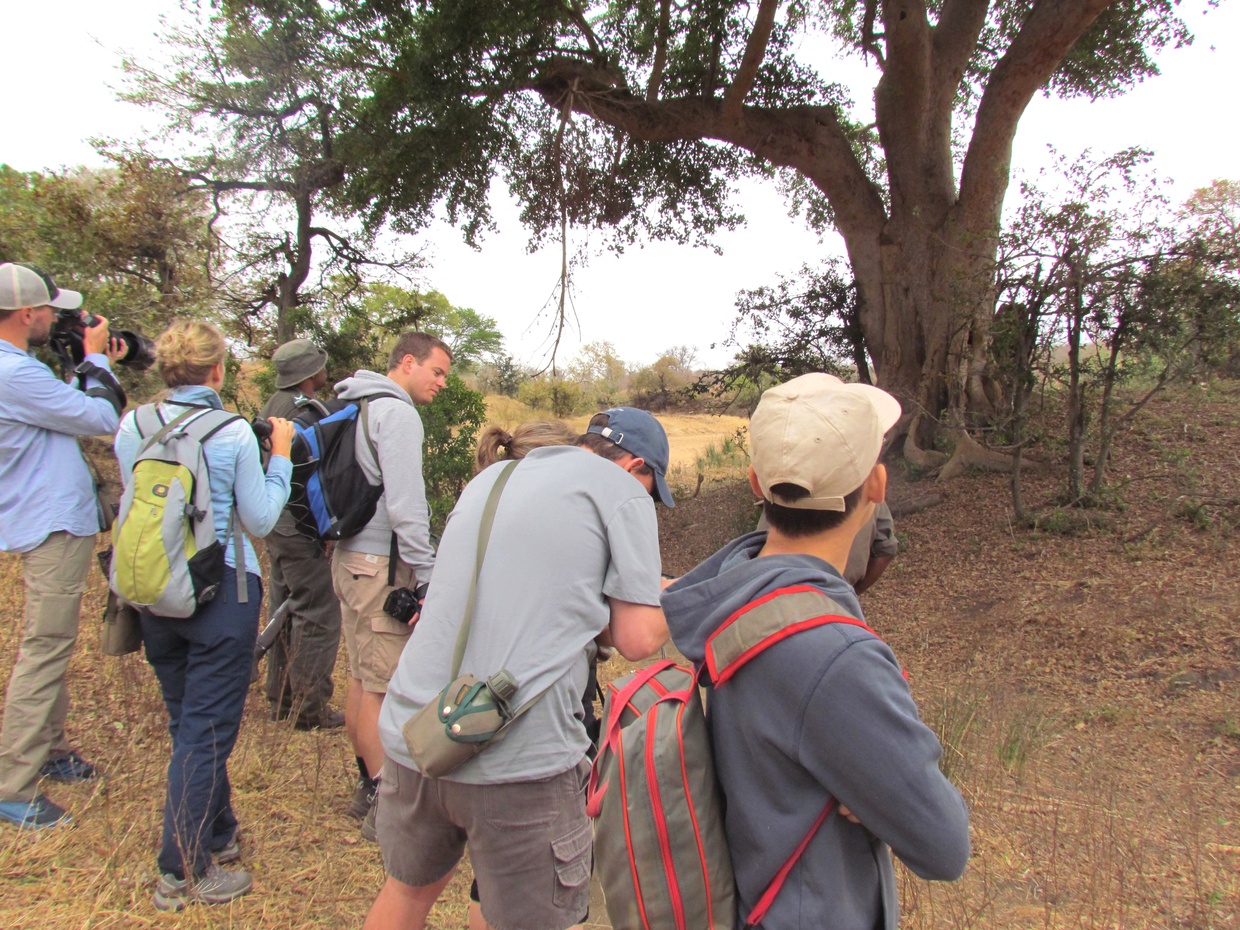 What is hiding behind the bush? Read on to find out...

A trudge through the veld for a short distance brought us to our first sighting. A loud "bark" echoed through the bush, and a sudden flurry of activity surrounded us as Impala bounded across our line of sight. They had seen us coming and their response was immediate flight. We managed to take an awesome photo of the dominant male who only had one horn! This brought about great excitement and it seemed the group was awake now. 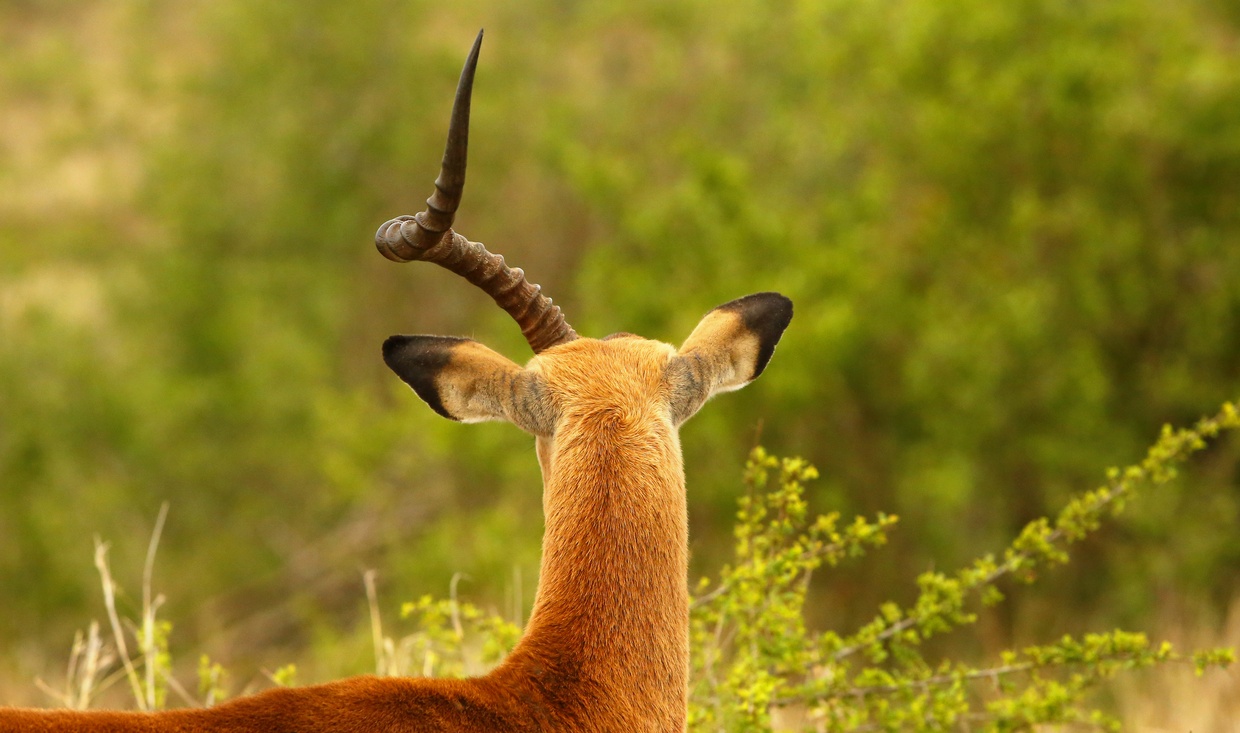 Impala with one horn

As we walked along through the great nature that is the Kruger National Park, we saw many of the plain game animals, from the stealthy Steenbok (which we almost missed) to the elegant Giraffe, which by the way is a lot taller when you are on foot and standing a mere 2 meters away even when it's an adolescent and laying down! In between we had great sightings of Kudu, Zebra, Water-buck and even had to give way to a Dung Beetle passing by. All the while, the guide was very informative and shared his knowledge with the group! We even came across a mother Jackal. 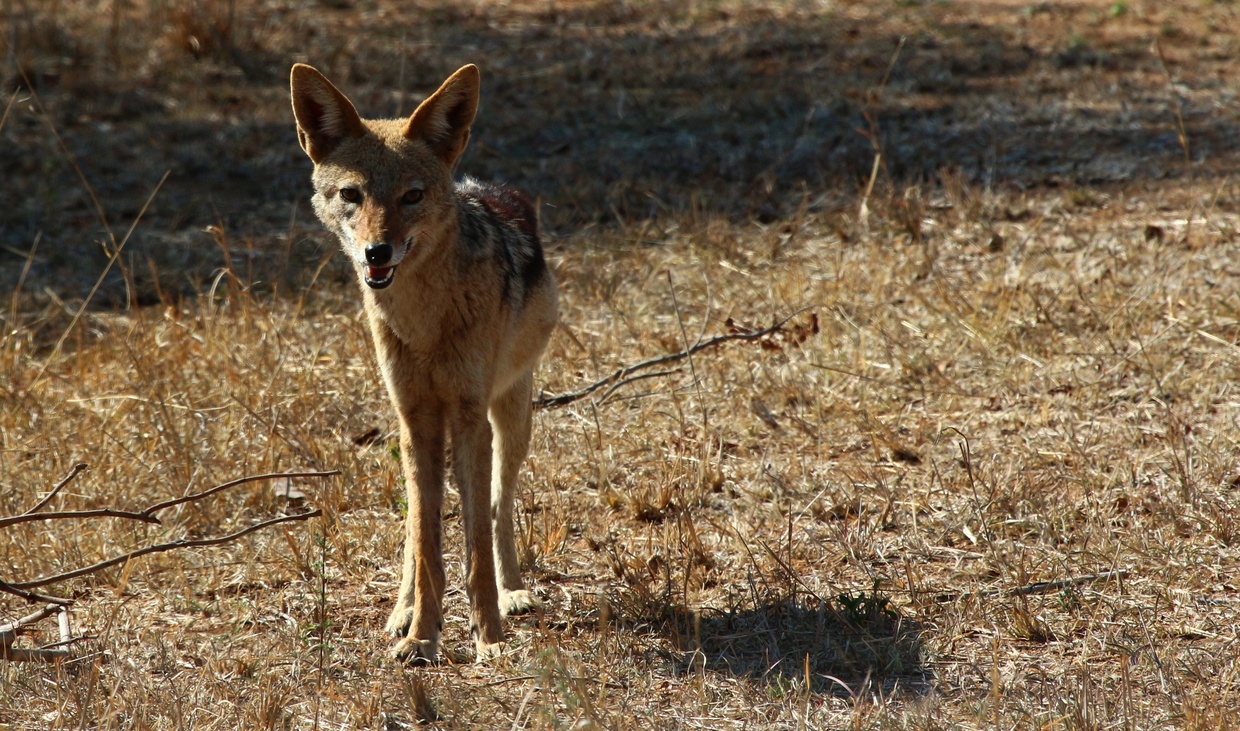 The mother jackal changes the den site in every two weeks to protect the pups from probing predators. 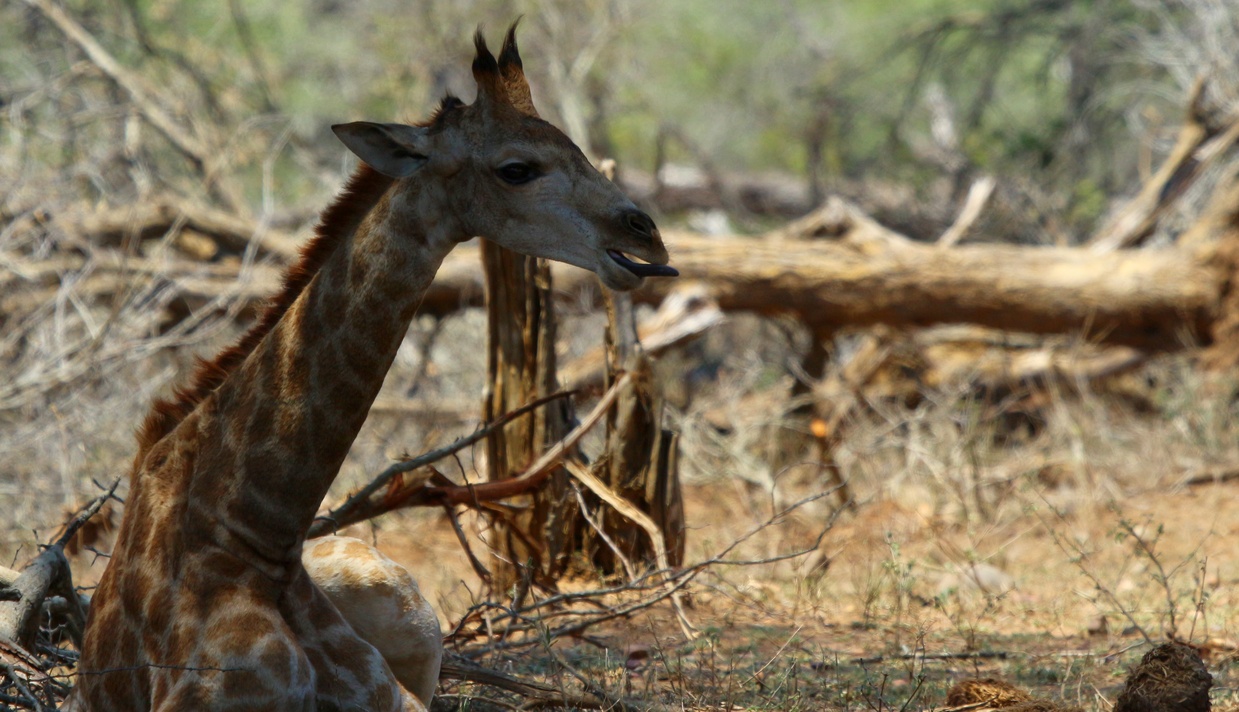 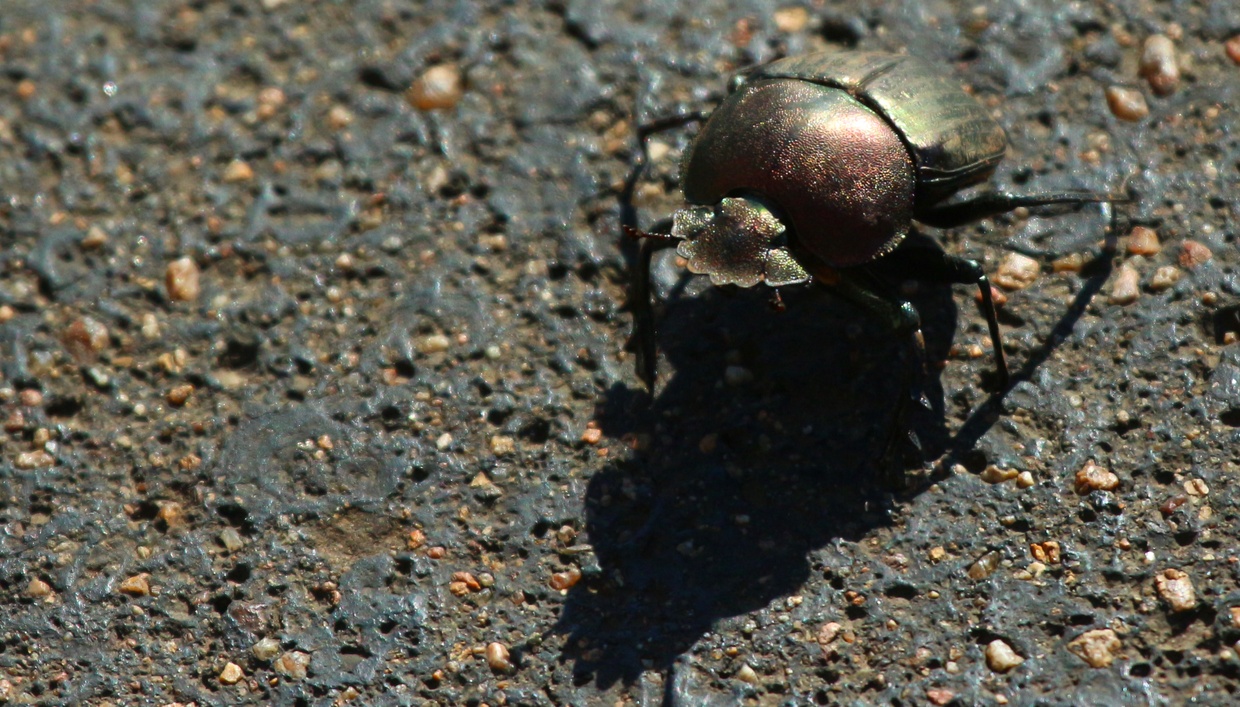 One can classify dung beetles into four broad categories. The first group – the rollers – will roll dung into round balls for use as food or a source in which the females can lay their eggs. The second group is known as tunnelers. This group buries their dung where they find it. The third group, called the dwellers, do not roll or burrow, they simply live in the manure. The final group, a bunch of lazy beetles, will steal dung balls from the rollers and are known as stealers and there are - 800 species in South Africa. 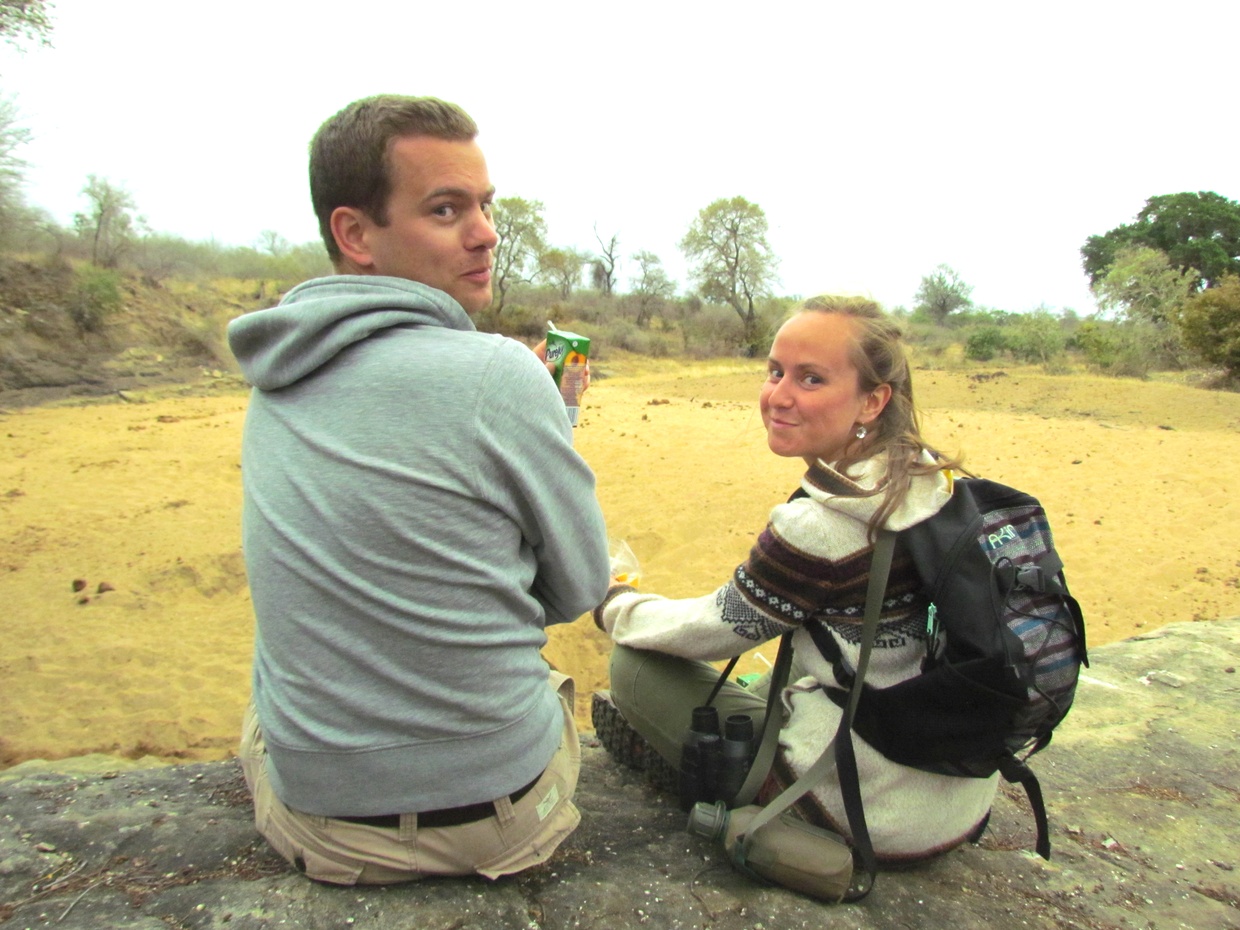 Relaxing by the riverbed!

We decided to have a rest at a nearby riverbed where the Hippo's were wallowing before heading back. While we were relaxing, our guide was on alert and making sure we were safe. Suddenly he told everyone to be quiet. Something was amiss and hiding in the bush. "Don't run," he said. "There is a young Lion just 20 meters away, and he is looking straight at us!" Well, instinct kind of does take over and everyone was nervous, ready to bolt. It must have looked like the Olympic 100m dash final when you are lined up on the starting blocks.

A great big growl, followed by a roar deafened us and he decided we were to close. He mock charged us stopping 15 meters away. The guide stood his ground, in front of everyone and stared him down, nobody moved a muscle. I don't think I saw a bead of sweat leave his forehead. It was tense, a 5 minute maximum stare down but it felt like an hour. Eventually the Lion, turned around and jogged back into the bush. There was a simultaneous sigh of relief as we all unwound & tried to keep our legs from buckling! 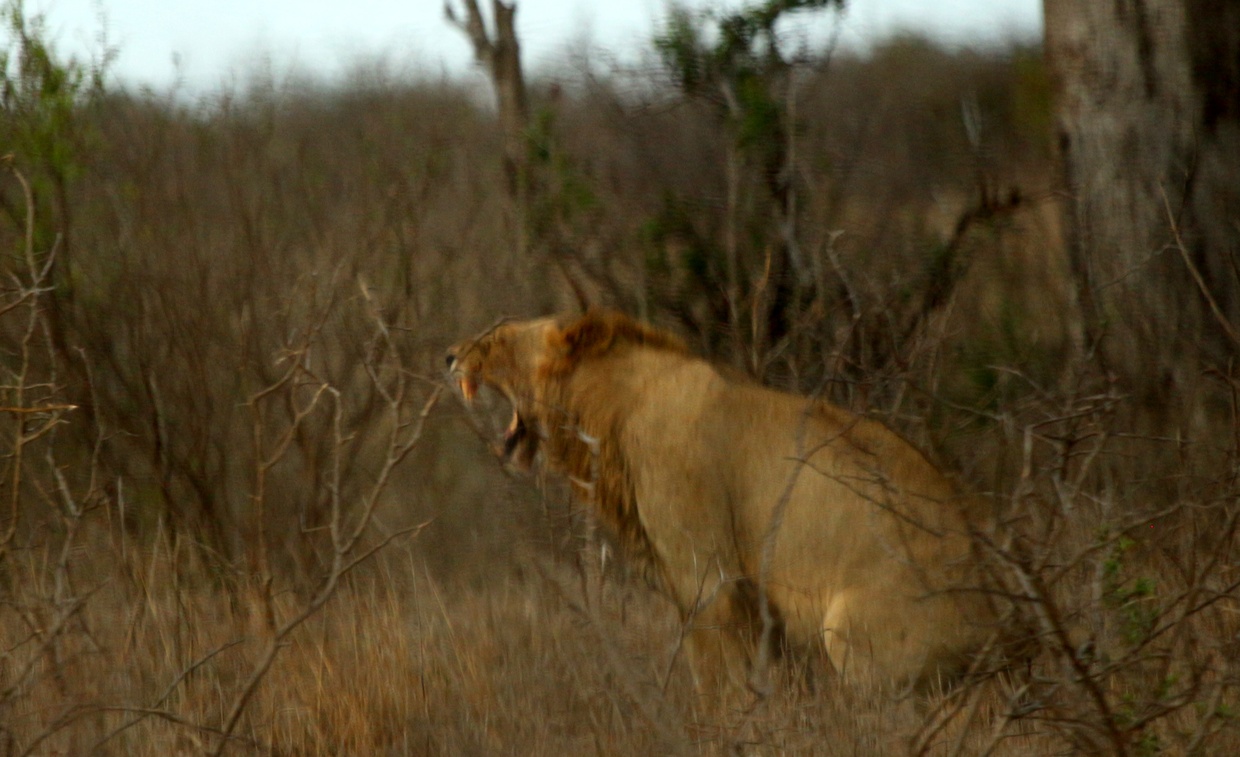 No steady hands for this photo!

Walking back was in a quick succession. We had lived to tell the tale & had had an amazing morning. There was one more surprise in store for us... As we were getting ready to depart the Crocodile Bridge Gate and head back to La Kruger for a well deserved full English breakfast, with nerves still pulsing through our over excited bodies. BOOM, fright of our lives! A Warthog had decided to sleep under the transfer bus and jump out just as we were settling in. No harm done but we had certainly been entertained and ended the trip in uncontrollable laughter! 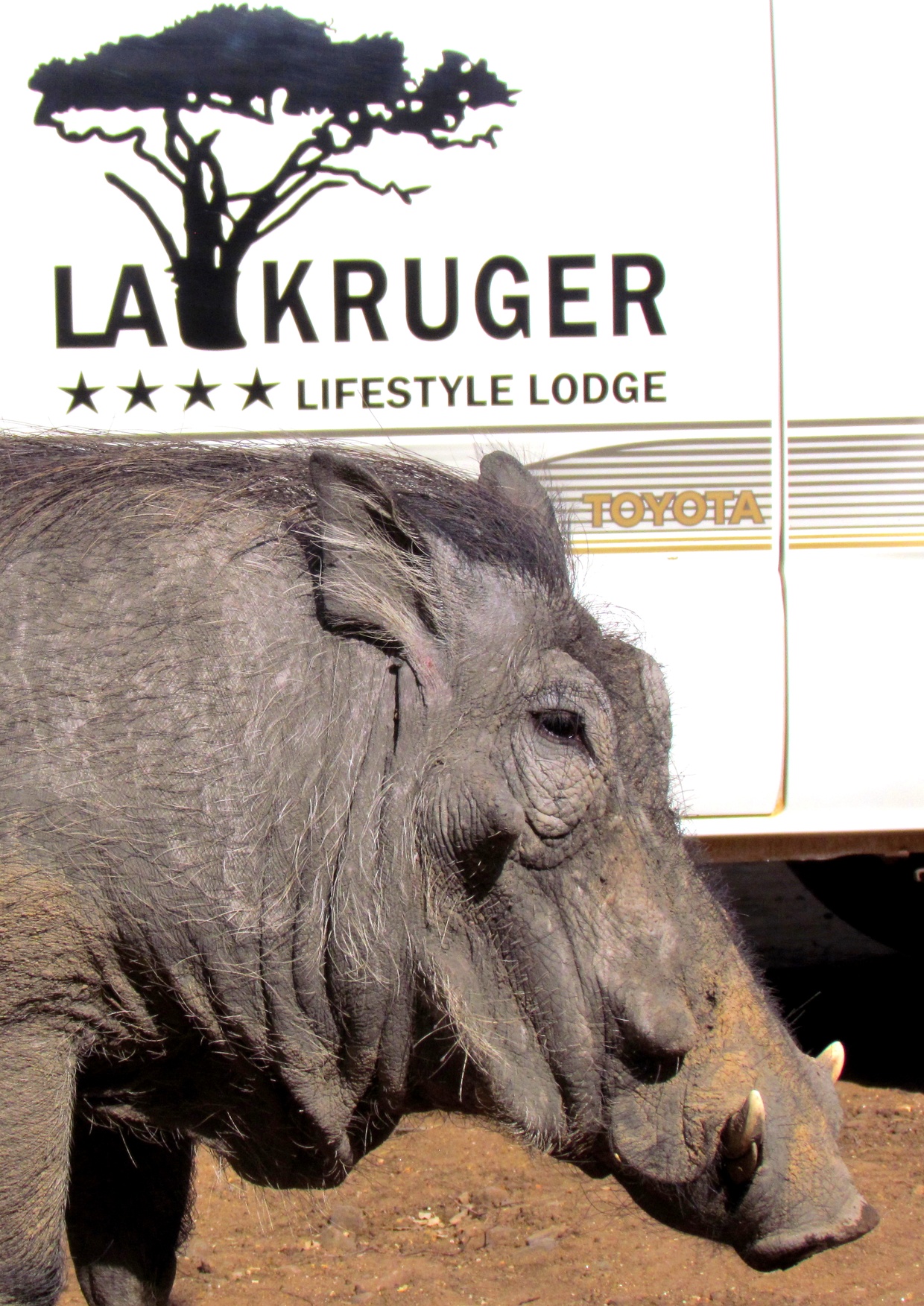 Naughty Warthog that gave us a massive fright!

If this is your type of adrenaline & you have an up & coming stay with us, don't forget to book in advance as the space is limited. The morning walk departs La Kruger Lifestyle Lodge at 04:00 am and returns at approximately 09:00 am for a late breakfast! We look forward to you making memories @ La Kruger.

"Don't miss out on the limited availability for the Morning Walk"